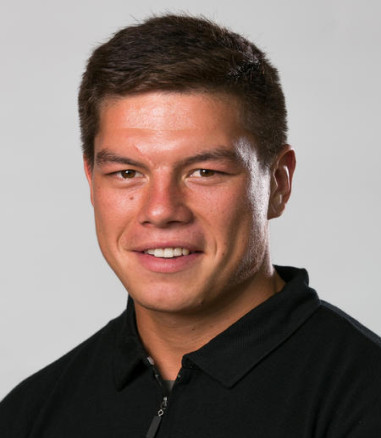 2016 has been yet another impressive year on the water for waka ama ‘wonder-kid’ Tupuria King. Tupuria is the current New Zealand sprint champion in the Open Men division, having won the 250m sprint five times and the 500m sprint four times consecutively. Tupuria has also won the bronze medal at the World Waka Ama Sprint Championships in both 2014 in Brazil and 2016 in Australia. He’s a member of the New Zealand Elite Men’s V 500 Waka Ama team – winners of the 2016 Māori Sports Team of the Year award – after they won gold at the International Va’a Federation World Sprint Championships against world champions Tahiti. It’s the first time in more than 12 years that another country has beaten Tahiti in this event to take out the world championship title – a massive achievement in the sport of waka ama.

The King family continues to be regarded as the first whānau of waka ama. Tupuira is the son of Dave and Nyree King from Taipa, both waka ama stalwarts. His entire family has been actively involved in waka ama for many years with sisters Rosie and Riana receiving many awards in their own right.

Although the physical demands and competitive challenges of waka ama keep him motivated, it’s also the sports ability to create strong social bonds that makes it fun for Tupuria. A graduate of Kaitaia College, he was introduced to waka ama at the age of seven by his father and believes that it’s more than a sport, it’s a lifestyle.

He has now been involved in the sport for 16 years, nationally and internationally, and has travelled to Tahiti, Hawaii, Rarotonga, California, New Caledonia, Australia and Brazil to compete. Although he excels in the sprint events, Tu believes his specialty lies in the long distance races from 28km or more which are usually held in Tahiti.

Tupuria has been competing in Tahiti for the past four years where he has paddled for one of the island states’s most popular teams, Paddling Connection. Through his experience of Tahiti, he has gained a body of knowledge and been able to apply it to himself and other paddlers from New Zealand. Tupuria has graduated from the University of Waikato with a degree in sport and leisure studies and is now undertaking a Master’s degree in sport, health and human performance studies with the hope of focusing his research on the physiology of waka ama.