A 10 part culinary journey showcasing ten of the best Māori culinary artists at work sharing their tips and tricks to give Māori Kai a modern edge.

Up close and personal with 10 of Māoridom’s finest chefs. 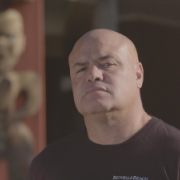 REWI SPRAGGON
Rewi Spraggon is a man of many talents – a chef, a carver, musician and artist – but a hāngi master at his core.  It’s traditional hāngi that’s front and centre in a food business he’s built from scratch and it takes him all around Aotearoa.  Now his goal is to take traditional hāngi to the world.

We follow him on a journey to Vancouver where he shares the art of hāngi with the local indigenous chefs and joins them in a ‘Dine Out’ celebration of indigenous cuisine.

As the ever changing demands of the NZ food industry creates ongoing challenges to his traditional food practices, how will he adapt and where will his passion for hāngi take him next? 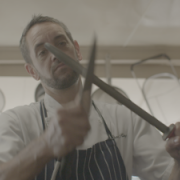 BRAD KING
‘Falls Retreat’ Bistro sits amongst the trees, in the Karangahake Gorge, opposite a waterfall, and next to the garden that supplies the kitchen.  It‘s an oasis of log cabin, country chic, wood fired goodness and if you’ve ever stumbled off the Hauraki Bike Trail to discover it, you could be forgiven for thinking it’s been there forever.

In fact it is the brain child of chef Brad King who, with wife Emma and their two kids, took a massive risk in creating what has become an outstanding menu, with a garden to table ethos, gardening and cooking workshops, a bartering system and sustainable practices that make the place tick along in its unique setting.

But how did this thriving business appear in the middle of nowhere?  What was the big risk that Brad took?  And how did his gift for manaakitanga set him up for success? 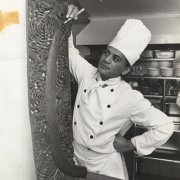 JOE MCLEOD
Joe McLeod is on a mission to revive traditional Māori food practices, and he’s just the man to do it.  Not only did he train the old school way - in every cheffing discipline, including carving exceptional centre pieces - but he was also bought up in Te Urewera with Tuhoe knowledge of living off the land.

His 50 year career has taken him around the world, but since returning to Aotearoa his focus has been on his biggest love of all – preserving the knowledge of the ngāhere for the people.  Joe takes us to one of his traditional hāngi demonstrations, goes foraging, turns out high end dishes with his treasured plants and shows us a culinary world and knowledge that many people thought was lost forever. 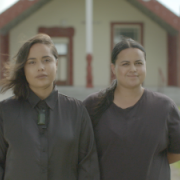 KASEY & KĀRENA
A unique look at the lives of the sisters from Maketū who won a tv cooking show and went on to win over the cooking industry of Aotearoa.  They’ve toured the world, won international cookbook awards, television awards, and the acknowledgement of fellow chefs for their ability to turn out high end cuisine with a twist that’s all their own.

But what are their lives actually like and who are they really?  Why is Maketū the centre of their world?  What keeps these wāhine toa grounded?  And what creative challenge are they taking on next?  As they cook up a steady stream of delicious dishes we get an inside look into their food inspiration, the creative process that feeds their success, and they reveal how their love of te reo might bring about a change in direction. 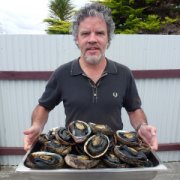 PETER GORDON
On the world stage he’s ‘the Godfather of Fusion’, in the UK he’s acclaimed for his high-end, hugely successful restaurants and in Aotearoa he’s our ‘celebrity chef’ and our first ‘New Zealander Of The Year’ but Peter Gordon describes himself as a boy from Whanganui who happens to be a chef.

Meet the man behind the media profile - as he really is.  Peter shares pivotal stories from his childhood, describes an astonishing ascent into the world of international cheffing, and takes us behind-the-scenes and into the kitchens at the prestigious ‘Sugar Club’ restaurant in SkyCity, Auckland.

Inviting us into his world, Peter has a few fusion fabulous recipes at the ready, and reveals why he’s about to embark on a big life change, and how getting in touch with his Māori roots is at the heart of his exciting plans for the future. 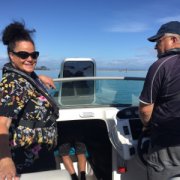 RENI WERETA -GARGULIO
In one year she lost her dad, separated from her husband, and was made redundant… with two teenagers and less than a month of income to tide her over, what would be her next move ?

Literally staring out her kitchen window at her lemon trees inspiration struck Reni, and the first of Reni’s food businesses Kiwi Kai was born.

Entrepreneurial skills inherited from her mother’s side coupled with her Maori values and heritage on her father’s side are the strong foundations that drive her. So what’s next on the menu for this Queen of Kaimoana? 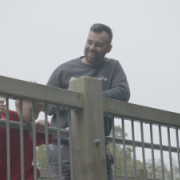 FUSH is a family owned restaurant in Christchurch where they serve the best fish and chips in the city. FUSH is unique in the industry though because they don’t just sell food, they encourage staff and customers to engage in Te Reo Māori. Their menus are bilingual making it easier for non Te Teo Maori speakers and they are committed to normalising the use of the language. To Anton, FUSH is not just a restaurant, it’s home to the teachings and learnings from his ancestors.

Anton has plenty of stories to tell about his connection between food and te reo māori and what made him take on a part of industry that’s stayed the same for over a century. We’ll see how much manaakitanga and kaitiakitanga mean to him and how planning to hold Te Reo Māori lessons in FUSH became something considerably larger. And will this way of running a business improve their chances of taking the FUSH model nationwide? 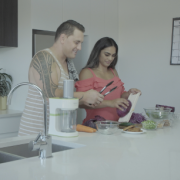 JAY & SARAH
Jay Wanakore and Sarah Chase are all about keeping it real.  Creating a loyal social media following for their brand of fresh, affordable, whānau kai, was not only all their own work but it was also born out of a need to feed their family healthy food.  They first became parents at just 18 years old and now have three tamariki.

Being self taught, home cooks it was when their recipes became in hot demand with their whānau and friends that they decided to enter tv show ‘My Kitchen Rules’.  But it was after the show that things really started taking off for them - launching a website, publishing a cookbook and attracting thousands of instagram followers.

So what drives them?  How tough has the road to being recognised foodies been?  And how did they turn a once ‘toxic’ relationship into a recipe for success?  We find out how they make it work, what food and parenting tips they have for whānau and their plans to expand their empire. 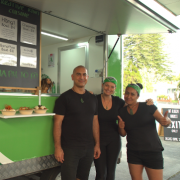 NAT & LES & BECS WATENE
Have you ever had one of those moments when your next step in life comes to you in a flash? Well, that’s exactly what happened to Natalie Watene while she and husband Les were at a Tony Robbins event. The only spanner in the works was that neither Nat or Les had any experience in the food industry and, they had just decided to become vegan and live a healthier lifestyle.

What could possibly go wrong?

Luckily Les’ twin sister Becs is a professional chef, so the three of them got down to work and created the ‘Sweet As Bowl’ food truck.

What made them take this monumental step and turn their lives upside down? Will people actually want to eat their plant based kai? Can husband, wife and sister / sister-in-law can all work together to make their new dream a reality? 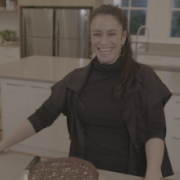 NAOMI TOILALO
Naomi was born with a rolling pin in her hands and learned to bake from an early age with her mum and nan at her side. After her fourth child, she had a sudden urge to be in a creative role again, but she needed something that allowed her to spend time with her children and that would showcase her two other loves in life; baking and Te Reo Māori.

Well, the proof is in the pudding. What Naomi has established is definitely feeding her creative juices. She’s showing her ever growing Instagram followers how to make delicious baked food and learn Te Reo Māori while they do it.

What made her want to teach baking and a language at the same time? Does it really mean she gets to spend more time with her kids and what’s next for this industrious mum?

Naomi walks us through her journey from flour covered toddler to a multi-tasking mother of four following her dream.