The second series of Artefact is comprised of four one hour episodes. Time travel and delve into taonga both famous and obscure with Dame Anne Salmond, telling tremendous stories about our Aotearoa. Made with the support of NZ On Air. 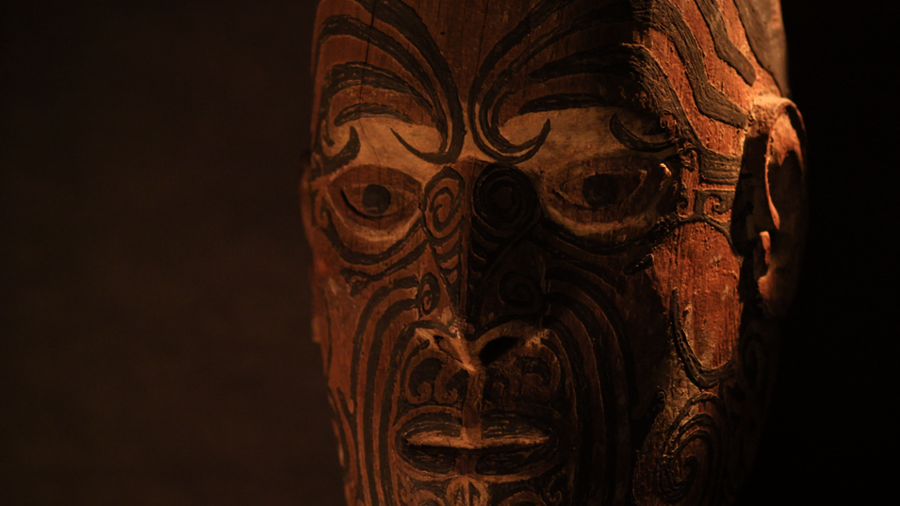 Paikea is a carved wooden figure – a tekoteko - that was taken off a wharenui from Uawa (also known as Tolaga Bay) in the East Coast of the North Island. The wharenui was called Te Kani-a Takirau and it was dismantled in the early 1900’s.

In 1908, the American Museum of Natural History acquired Paikea from Major General Horatio Robley (British Army), a colonial collector of the time. Paikea was eventually placed on a storage shelf at the Museum but since 2003 he has been visited by his descendants of Te Aitanga a Hauiti. Paikea may appear to be a wooden carved figure but he is so much more than that. He embodies the esteemed tipuna Paikea – a traveller, adventurer and whale rider. Descendant Wayne Ngata described him like this:

For his many descendants, Paikea is a key link to the ancient Hawaiki homeland, as well as to the marine stories and body of seafaring knowledge, and to the tribal settlements on the eastern seaboard of both islands of Aotearoa. He is honoured through songs, genealogy, stories, dances, novels, film, and art.

Additional artefacts in this episode and where to visit them: