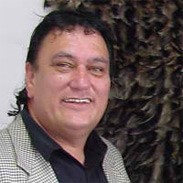 Ricky Houghton is a man on a mission. As chief executive of He Korowai Trust in Kaitaia, Ricky is committed to improving the quality of life for Māori families in the far North region.

The trust is the hero of the far North of New Zealand, a region experiencing economic crisis.

These included recycled whare providing affordable home ownership for whānau; an early childhood centre; emergency accommodation; a social growth and economic innovation hub; and a safe home for men as an alternative to prison.

He Korowai Trust chief executive Ricky Houghton has 20 years’ experience working with communities and holds a number of certificates with the Institute of Directors and New Zealand College of Management.

The mission statement of the trust is ‘Developing Tino Rangatiratanga’ and the organisation achieves this by ‘providing ordinary services in an extraordinary way’.

It combines the expertise, resources and abilities of a consortium of Māori organisations including government and business interests to collectively improve the quality of life for whānau.

In keeping with the Matariki theme of new beginnings in July 2016, the trust officially launched several key initiatives:

Project Whareora Papakāinga: Nine homes relocated from Auckland to Kaitaia have been recycled and fully redecorated to provide affordable home ownership to 17 adults and more than 40 tamariki.

Project Puna Reo: A 147-square metre early childhood centre dedicated to growing the potential of the next generation of Māori leaders.

Project Emergency Accommodation: A fully decorated and refurbished 35-bed crisis accommodation unit which will provide both essential care and vital wraparound support for up to 90 days.

Project He Korowai: A social growth and economic innovation hub committed to both growing and supporting whānau including start-up businesses, innovators and entrepreneurs.

Turning of the Soil – Men's Clinic: A three-bedroom safe home for men who cannot stay at home due to risk of imprisonment as a result of domestic violence, disruption or disintegration.

In 2016, the trust received more than $700,000 grant from the Government’s social housing programme.

It went towards buying land where they installed homes for families with at least two children who were living in ‘substandard, unhealthy or unreliable living conditions’.

Ricky says the dream has begun for the families who have moved from “some of the most horrible living conditions you could imagine.

“There’s been a lot of lessons learnt … it’s been a journey of hope and discovery.

“But what we have ended up with is an affordable Māori home ownership model that can hopefully be rolled out to other regions to our relations throughout the country.”

Ricky says Māori home ownership is at its lowest levels of all time.

“But what this model demonstrates is that even when housing is at its lowest levels, we're going against the trend. And it's a trend that we're going to continue for Māori homeowners and we're excited about that.”7