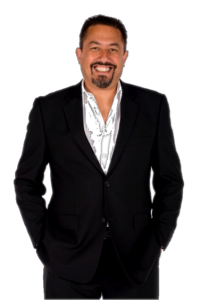 Mike King continued to champion his Key to Life Charitable Trust in 2016. The trust’s vision is a country where the rising prevalence of suicide is curbed and open dialogue is created around suicide and mental health awareness to diminish stigmas through a societal attitudinal change which affects perceptions of these issues.

Mike has spoken to around 35,000 children aged from seven to 17, telling his often troubled life story – including his battle against depression, addiction and self-destruction – to show it's possible to survive your darkest moments and go on to thrive.

“The current ‘harden up, stay staunch and let’s not talk about it’ attitude towards anyone with a mental illness or who is having thoughts of suicide is a major part of the problem …

“The fact that three families lose someone to suicide every two days in a country described by many as ‘God’s own’ proves how ineffective this strategy has become.

“Our response to this insidious silent epidemic comes from the real experts on suicide. These are the people who have lost someone to suicide or who have attempted suicide themselves and they are all saying the same thing.”

For years, Mike King has been known as the Kiwi entertainer but that role has changed dramatically over the past four years since the conception of his radio show, The Nutters Club, in 2009.

The show evolved from Mike’s own experience of mental illness and addiction and has become a huge success. It now airs weekly on Newstalk ZB on a Sunday evening while a fourth series was filmed for Māori Television; there is also a Facebook fan base of more than 17,000 people. The aim is to “forever change the way people feel, think, talk and behave in relation to mental health”.

These days, Mike is better known for his work as a prominent mental health educator with the work he does under his charity, Key to Life Charitable Trust. The aim of the trust is to reverse the population trends of depression and suicide by effecting positive social change.

Mike takes a completely unorthodox approach and is getting out into schools to talk with the youth and communities, engaging them so that the conversation will continue and not be swept under the carpet any longer.

Although suicide prevention is the big picture, Mike doesn’t actively discuss it but concentrates on delivering a hopeful message as well as connecting people, services and resources within the community.

He must be doing something right because the Key to Life continues to receive requests weekly for Mike to visit schools and towns throughout New Zealand.

He has tremendous support for his work from the likes of Sir John Kirwan, former Minister of Health Peter Dunne, Health and Disability Commissioner Lynne Lane and most notably Chief Coroner Judge Neil MacLean who is at the coalface of the suicide epidemic that New Zealand faces.

Mike is passionate about his cause and gives his time daily to it. Whether it is mentoring young men and women on a one-to-one basis or visiting schools, Mike is always delivering his message of hope in some way or another.

“The trust is committed to our long term goal of a zero suicide rate in New Zealand. While many will say this is not achievable, we acknowledge the magnitude of this task and believe in the benefits of an outstanding goal rather than a continued satisfaction with mediocrity.

“We believe zero suicide can be achieved through the provision of life-saving and life-affirming resources and services based on the success of The Nutters Club. We will conduct nationwide digital communities, regular meetings and clinics, advocacy and educational programmes with the aim to create safe and supportive environments which foster positivity for all those involved whether they are service providers or receiving help through our programmes.”