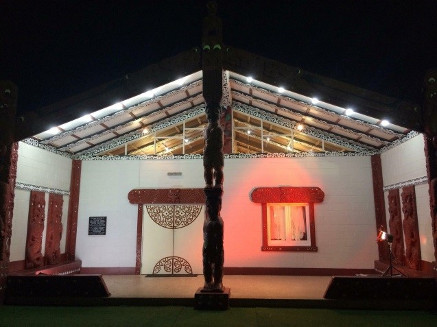 Te Puea Memorial Marae in south Auckland opened its doors in May 2016 to help the homeless in Auckland, particularly families with children and the elderly, to get them out of their cars and garages and off the streets as winter settled in.

“It’s the kids that drive us,” said Te Puea spokesperson Hurimoana Dennis at the time.

By offering to accommodate the homeless, Te Puea found itself at the centre of national attention and awareness around the issue of homelessness and the impact of the city’s housing shortage on the poor.

Over a three-month period, Te Puea became a symbol of Auckland’s homelessness crisis and the Government’s failure to address it.

This lack of government support saw social workers seeking help from the marae for its ever-lengthening list of clients.

The marae’s Manaaki Tangata programme provided people with food, shelter, basic sanitisation and support to get into permanent housing.

Te Puea spokesperson Hurimoana Dennis spearheaded the Manaaki Tangata initiative which saw the marae open its door to the most vulnerable, placing 130 families in homes and having upwards of 56 families staying on its premises.

As the dire housing situation has not changed, the marae is gearing up to do the same in 2017.

Te Puea was known for caring for the people and getting the work done – mahia te mahi. In November 2015, the marae celebrated its 50th anniversary.

Up to 200 people were at Te Puea Marae for the closing ceremony of their Manaaki Tangata programme in August 2016 which started three months earlier to help the homeless.

The south Auckland marae opened its doors to help families living in their cars, garages and on the streets.

People clapped and cried as stories were shared about the number of families the Manaaki Tangata programme had helped.

Companies who donated goods and services were presented with certificates and surplus money and donations given to Te Puea Marae were passed on to four organisations that also help the homeless.

Whānau who were helped by Manaaki Tangata stood and thanked the workers at the marae for helping them. A father of six said he had to push his pride to the side but because of the marae's help his whānau now had a permanent home after living in their car for months.

Marae chairman Hurimoana Dennis cried as he spoke of the families who had been housed and the volunteers who had helped. He said the marae helped 181 people – at least 100 of them children – and had more than 1,200 volunteers since opening its doors.

Mr Dennis said the programme had been a success because it helped homeless people into temporary or permanent houses – but the marae should not have to open its doors next year.

"If we have to do it again next year, then we've actually failed.

"No one's listened to us. No one's paid any attention to what we've done, and what Manurewa [Marae] are doing, and others have been doing for a long time. They haven't heard our message. I'm not sure what else we can do."