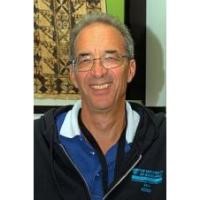 Professor Michael Walker’s pioneering work to reverse patterns of under-achievement among Māori and Pacific Island students continues to transform the lives of thousands of students in 2016.

A leading biological scientist at the University of Auckland, Professor Walker is a rare breed of educationalist whose impact goes beyond the university campus, benefiting whānau and the community at large.

Professor Michael Walker continues a whānau legacy of academic excellence. Early in his career at the University of Auckland, Professor Walker was asked to improve retention rates for Māori and Pasifika science learners, particularly in their first academic year.

The resulting Tuākana Programme has had a spectacular impact across the institution for more than 20 years; the innovative programme has been so successful that it has been rolled out across all university faculties.

The sustained support, vision and hard work that Professor Walker provides to the students, their whānau, hapū and iwi is acknowledged as a key contributor in the elevation of successful outcomes for these students.

Within the Tuākana programme, students receive tutorial support, course information, exam workshops, opportunities to connect with potential employers and an established cohort of students and staff to walk alongside as they move toward achieving their goals.

A steady stream of Māori and Pacific students now leave the university with undergraduate and postgraduate degrees. Many bridge the transition to PhD study and go on to join the university teaching staff.

Professor Walker is a Fellow of the Royal Society of New Zealand and the Royal Institute of Navigation in London.

He is best known for his research on the existence, capacities and use of the magnetic sense in navigation over long distances.

Recently, he has developed research investigating the mechanisms of the lunar and tidal rhythms in marine organisms.

He has led the NPM projects ‘He Reo no te Whenua: The establishment of a Māori-centric conservation paradigm’ and ‘Use of advanced technologies to develop culturally appropriate pest-management strategies for rural Māori communities’.

His personal research and work in NPM were profiled in the journal ‘Science’ in 2007.

He was made an Officer of the New Zealand Order of Merit in 2009 and was awarded the Prime Minister’s Supreme Award for Sustained Tertiary Teaching Excellence in 2011.

“Teaching has enabled me to make significant differences in the lives of both Māori and Pacific Island (MPI) students and all the students I teach by aligning the context and content of my teaching.

“My first-year teaching roles require me to induct MPI students into the university learning community and to persuade a large and diverse class of students in their first week at university of the value of establishing a novel context in which to teach scientific content.

“If my teaching sharpens the minds of students and enables them to work more effectively in New Zealand society after they graduate, they will go on to make significant contributions to our society and economy.

“Finally, I have formed lasting relationships with students from all walks of life who have repeatedly surprised me with their ongoing interest in what I do and, in the case of TP graduates, have always been willing to help out and share their stories even after 20 years.”