Dr Reuben Collier has had an extensive career as a television producer and programme maker. He founded Maui TV Productions in 2001 and has over the last 18 years developed this into an award-winning national production house. He produced and directed the documentary ‘Sciascia’ and the show ‘Kai Time on the Road’ and has worked on more than 450 television episodes. Dr Collier was chosen by TVNZ as an Outside Broadcast Director for the national television coverage of the State Funeral of the Māori Queen Dame Te Atairangikaahu, and has also been responsible for recording Te Matatini Kapa Haka national event.

An alumni of the University of Waikato and Te Whare Wānanga Ō Awanuiārangi, Dr Collier is a longstanding advocate for the revitalisation of te reo Māori. Following his graduation in 1994 Dr Collier went on to lecture in Māori Studies before moving into the media industry as a Researcher then Presenter / Director with Waka Huia in 1996. He intends on one day returning to his academic roots, to a role which enables him to continue his life-long support for the betterment of te reo me ona tikanga Māori.

Dr Collier is the principal claimant and Trustee of the Treaty Claim Wai 630 for the Rereahu Iwi and a Trustee and Chairman of the Miringa Te Karaka Marae Trust. 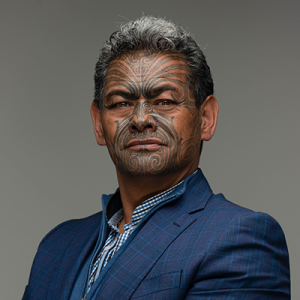