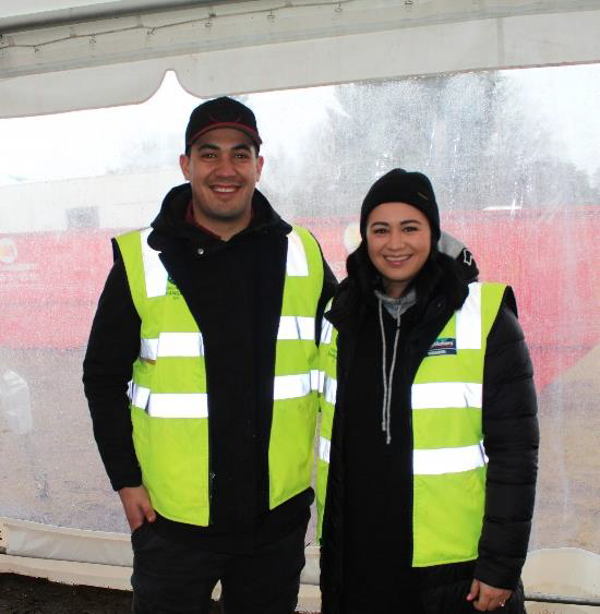 Te Ataakura was brought up in te ao Māori, where her home language was and still is Te Reo Māori. A product of kōhanga reo, kura kaupapa Māori and wharekura, she not only loves her language but understands the responsibility as a fluent native speaker and writer, to further promote Te Reo Māori.
Working extensively in television, Te Ataakura was the voice of Dora in the popular children’s programme Dora the Explorer when it was translated into Māori, Tora Matātoa.

Outside of television, Te Ataakura has been contracted to present/MC at various regional and national events such as the Secondary schools Kapa Haka competition, Hauora Unleashed and Manu Kōrero national speech competition.
Currently, Te Ataakura is a tutor at Massey University teaching Te Reo Māori and cultural competency papers.

No stranger to our screens, Nathaniel started off as a presenter for two years on kids show Pūkana which saw him travel to various kura around the motu, where he developed a knack for engaging with both tamariki and the wider community. It was at Pūkana that he met his future bandmates of Maimoa, a popular reo Māori band whose songs are well loved in Aotearoa. This further led to the band being part of the series, Voices of our Future.