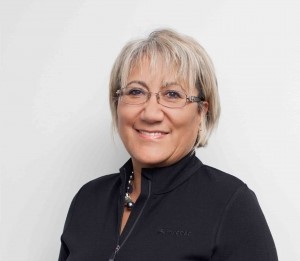 Trail-blazing Dannevirke woman Mavis Mullins was confirmed in 2016 as only the second Māori woman to be inducted into the New Zealand Hall of Fame. The first was Te Puea Hērangi who was inducted posthumously in 1998.

It's the latest accolade for Mavis who started out in business running the long-time Paewai family shearing contracting firm which she ultimately bought with husband and shearer Koro Mullins. She was appointed to the board of the Māori business development trust, Poutama, in 2003 and has been the chair for the past 10 years. During this time, she has helped Poutama navigate the ever-changing Māori business landscape.

Poutama is an independent charitable trust established in 1988 to provide business development services to Māori. Poutama strives to create an environment for successful business ventures and economic growth. Income generated from its investments enables Poutama to engage in activities and provide services that support and facilitate Māori business development.

Mavis is the Golden Shears' first and to date only female president, and the first and only president from outside the Wairarapa.

Mavis Mullins’ Massey MBA was agriculture-based. Her dissertation related to quality management systems and led her and her husband, Koro Mullins, to seek ISO 9002 recognition, an international tick of approval – the first shearing business in the world to receive such an endorsement. Studying did not come easy. Some of the difficulty came down to the language of academia and business, and the fact that Mavis was one of only two Māori on the course.

“It was horrible when I first started. I mean you get there and there is only two Māori, you kind of look for those things. So it was bit of a challenge but I couldn’t come home and tell Koro that I was hopeless and dropping out. Come hell or high water, I was going to do this thing.”

Already well connected through the Federation of Māori Authorities, in the late 1990s Mullins was invited by then-Minister of Women’s Affairs Georgina te Heuheu to sit on the board of Vehicle Testing NZ. It was her first taste of governance at a high level and encouraged her to do the Institute of Directors course.

She was then appointed to the Land Corp board and admits that with the push for diversity on state-owned enterprises, she “ticked all the boxes – I’m a Māori, a woman and from a rural area with a degree”.

She might have felt intimidated sitting around a board table filled with “high fliers” but on farm visits, she was in her element. Through her shearing days, she came across people she knew who would say: “Thank goodness you are on there – at least someone knows what’s going on, on the land,” she says.

She is also a member of Ngā Whenua Rahui, preserving the matauranga, history and stories associated with privately-owned Māori land. Auckland University named her its Māori Women’s Business Leader of the Year in 2015.

Amongst her high profile, busy and demanding life, Mavis and Koro have raised four children and are grandparents to 14 mokopuna – all whilst maintaining an active role in the family shearing business. She is a globetrotter while staying close to her roots in Dannevirke, a town of 6,000 people that has no airport. It does, however, have broadband which enables Mavis to be digitally on point with the rest of the world while she pops up in places like IBM, New York and Google, Silicon Valley, as well as Te Kuiti’s annual shearing competition.

Mullins says she is “really excited” about the prospects for Māori agriculture while acknowledging the difference in approach of Māori owners to Pākehā, and how that impacts on decisions.