Producer Elise Francis says PUMANAWA is about being inspirational and practical. “We ask the operators what advice they have to give others wanting to venture into the industry and what they’ve learned.”

Businesses featured include Mitai Māori Village in Rotorua, in which owner Wetini Mitai-Ngatai used his passion for kapa haka to create a unique cultural experience and Wairakei Terraces and Thermal Health Spa, where a once lost treasure has been recreated in the 21st century.

“We ask each business how they have dealt with combining cultural practices with business practices and how being Māori is an advantage in the industry,” says Elise.

As a contrast, PUMANAWA will also feature Māori operated businesses that sell or market a non-Māori product and look at the obstacles they have faced.

PUMANAWA also explores the history of Māori tourism highlighting some of the famous attractions that lead visitors here in the past and how they are still attracting visitors today.

Tune in to PUMANAWA: CELEBRATING MĀORI IN BUSINESS on Māori Television from Monday, March 25 at 9:30pm. 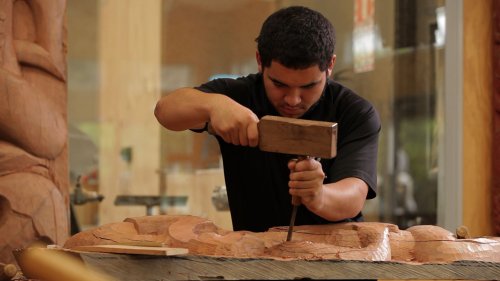