The show will focus on topics ranging from light-hearted discussions on dating and kapa haka to more weighty subjects such as mental health, organ donation and alcohol use amongst Māori.

Producer Summer Wharekawa from Tumanako Productions says the half-hour programme allows for debate amongst the guest panellists, but inspiring discussion in viewers is the key aim of the series.

“Our show is only half an hour long, so of course we can’t come up with all the answers, but if we can spark ideas and conversation amongst audiences, then we’ve achieved our goal.”

Hosted by Precious Clark, PŪTAHI is aimed at viewers aged 20-40 years old. Each episode will tackle a different kaupapa and features three guest panellists who will discuss the impact and importance of each issue.

“We wanted to make a series that was for my contemporaries,” says Clark.  “There are lots of programmes aimed at tamariki and kaumātua, but not so much at those in between.”

The discussions are conducted in both Te Reo Māori and in English – reflecting the way that many bilingual speakers converse.

“This is the way that I and many of my friends and colleagues speak,” says Clark. “Our conversations flow in and out of one language into the other and we wanted PŪTAHI to showcase that natural flow.”

PŪTAHI host, Precious Clark (Ngati Whatua, Tainui) is a newcomer to presenting television but world-renowned after millions around the globe watched her karanga ring out in the opening ceremony of the Rugby World Cup 2011.

PŪTAHI begins on Monday, February 25 at 6.30 pm and screens three days a week on Monday, Tuesday and Wednesday. 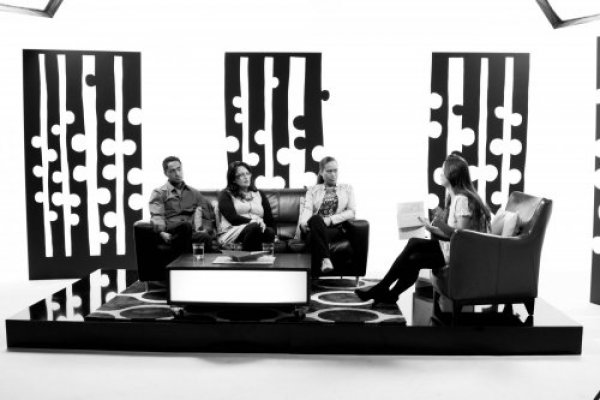