The stories of Māori figures painted by the artist Gottfried Lindauer are explored in BEHIND THE BRUSH, an epic new series starting Tuesday, March 19 at 8.00pm on Māori Television.

Over seven episodes, BEHIND THE BRUSH reveals the personal stories of 21 fascinating characters in New Zealand’s history through interviews with their descendants.

From the chief who skied on a shark to the wife who served her husband’s mistress for dinner; BEHIND THE BRUSH offers a portal into a very different history.

One ancestor led an elite death squad. But it was his business acumen which founded estates worth millions today. Another, Tamati Pirimona Marino, was attacked by an enraged widow who gouged out his eye. He married her.

His descendant Ropata Taylor, from Nelson, says: “Our people wanted to kill her but my tipuna said no. I think he had great admiration for that woman. He said he’d take her as his wife so every day she’d look at the ugliness of his face and see what she had done.”

The series further traces the life of Gottfried Lindauer from his birth in Central Europe to his arrival in New Zealand in 1874.   Historical re-enactments and expert interviews follow his entry into the world of 19th century Māori and the turmoil of early colonisation.

Created by Maramena Roderick and Julian Arahanga - producers of the critically acclaimed series, Songs From The Inside - BEHIND THE BRUSH is a stunning production that challenges attitudes and perceptions, exploring taboo subjects like cannibalism and the spiritual realm of tohunga.

BEHIND THE BRUSH is made with the support of Te Mangai Paho, NZ On Air and Auckland Art Gallery Toi o Tamaki, which holds the largest collection of Lindauer paintings.

Tune in to BEHIND THE BRUSH on Māori Television from Tuesday, March 19 at 8.00pm to hear descendants of tupuna painted by Gottfried Lindauer lift the lid on history with startling revelations. 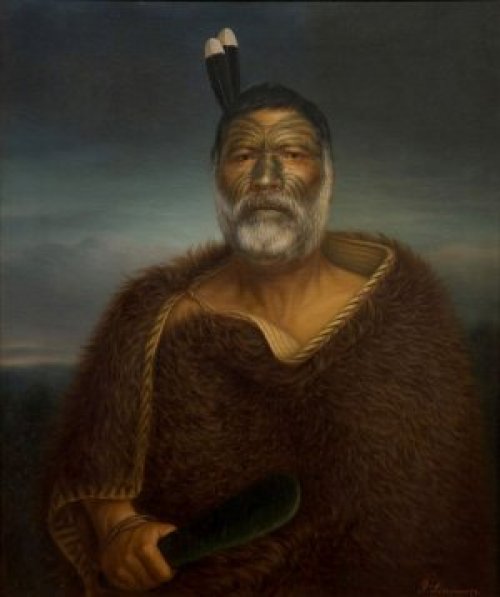