The Stars Shine Brighter in Winter

Māori Television’s winter season is where the newest, most loved and brightest local stars form together in a constellation of new programming.

All of the comedic stars align in Thursday’s line-up.  Prepare for some serious laughs as we celebrate unique Kiwi humour with some of our best home grown comedians. Hamu & Tofiga, sees two comedic forces team up to deliver hilarious and exaggerated scenes and scenarios from both Māori and Pacific perspectives.  Carrying on the laughs and new to the small screen, live comedy circuit favourites Frickin Dangerous Bro front and perform in Only in Aotearoa, a satirical comedic view on what it means to be Māori in the modern day world. Poking fun at everyday situations, not even tikanga is sacred.

Wednesday puts a spotlight on all things Aotearoa. Following on from their 2016 #1 iTunes hit, pop sensation Maimoa take up the challenge to create another smash single for Māori Language Week 2017 in the new reality series Voices of our Future #VOOF. The 12 strong Maimoa collaborate with Turanga Merito, Vince Harder and a soon to be announced collaboration with one of NZ’s most successful and well-loved icons for their forthcoming new single to be released this September. An exclusive musical sneak peek drops online with the new series Sisters, which follows ex Royal Family dancers the O’Neill Twins as they decide it is time to up the ante and launch their singing career. Guided by Stan Walker, Lavina Williams and Vince Harder, this on demand first release captures all the behind the scenes drama of a duo who are determined to realise their dreams and rise to the top.

Also new to Wednesday night, the dynamic Tahei Simpson presents a fresh property format with On the Ladder - a show that explores all facets of buying, selling and renovating in Aotearoa, while providing viewers with real life practical information to get ahead in the game. Continuing with the property theme, the ever popular Marae DIY makes a welcome return.  Te Ori Paki and Ria Hall work alongside tangata whenua to modernise and breathe life into Marae around the country.

Whānau Bake Off is back for a second season and reboots with a star studded line up. Host Kahurangi Maxwell guides our stars through baking battles but who is to say it will be a fair game, with celebrity judges Delaney Mes, Robert Oliver, Natalie Oldfield and Monique Fiso critiquing their efforts and providing their own tips on how to create the perfect bake.

A new season of the Tuesday Documentaries continue to showcase award winning, film length titles including The Ground We Won, Deep Water and Once Were Warriors – Where Are They Now? Monday gets a make-over with the introduction of the 12 week series Documentary Aotearoa, dedicated to telling local stories from across Aotearoa, commencing 10 July.

Sunday Cinema also sees further arrival of award winning film titles to the station, with the premieres of A Single Man, Still Alice, The Hurt Locker, Hotel Rwanda and The Fighter to name but a few.  Māori Television’s content release Winter 2017 will see all the stars shine bright.

Not since Poi E has a te reo Māori song been #1. 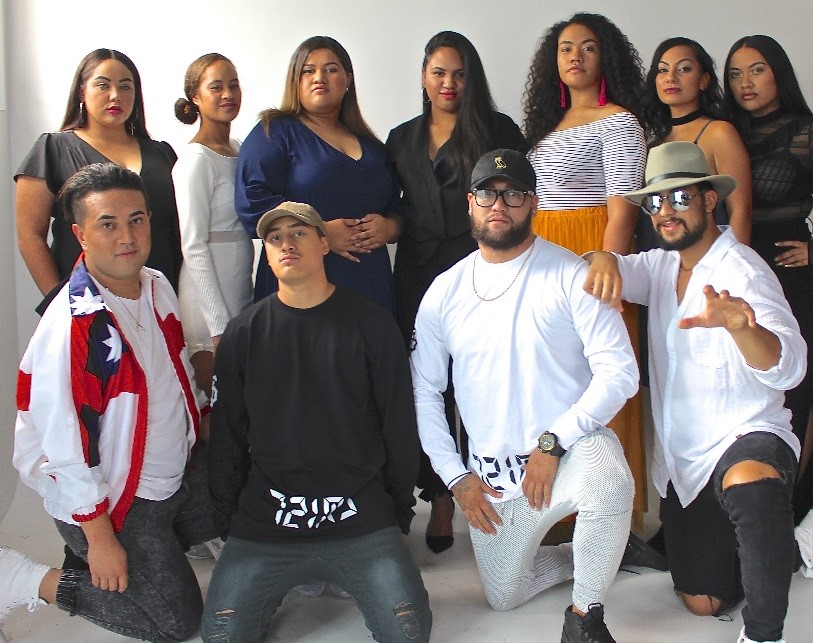 Following the runaway success of their first Te Reo hit ‘Maimoatia’ and follow up hit ‘Wairua' the pop sensation Maimoa come together in a new show, armed with the hope to repeat their previous success.

Voices of our Future #VOOF is a reality series featuring 12 gorgeous and talented millennials with one common goal, to take te reo Māori to the world through song. In 2016 they knocked Justin Timberlake off the iTune charts, but this year they need a hit that is bigger and better than the last.

The reality TV series with a twist sees the group move in together and work on new co-creations and performances that will get them to their ultimate goal – a new te reo hit for Māori Language Week 2017.   Over the course of the series we gain insight on each of Maimoa’s members, the group’s dynamics, their secrets, relationships, deepest fears and wildest dreams, what it takes and what it doesn’t to complete their quest to create their next big hit.

Artistic and Musical Director Turanga Merito, global performer in the Lion King and collaborator with X Factor and NZ Idol, is invited to help the group draw focus and add some international sparkle to their performances. Tasked to create new performances for Pasifika and release a new song for NZ Music Month, Turanga opens the doors to his network including Vince Harder and a collaboration with one of Aotearoa’s most iconic musicians - but there is a real chance the disorganised group could let these opportunities pass them by.

Maimoa know their formula, but will it work this time around? Are they prepared to step up their game under Turanga’s direction? They’ve travelled from Wellington and Melbourne and everywhere in between, they are a year older but are they any wiser? Keep your eyes on Māori Television to see if this group of 15 to 22 year olds can achieve their goals for the second year running.

Sister duo set to take over the music and dance industry.

In this Kardashian-style series, we follow New Zealand’s very own Brooke and Starce O’Neill, as they take their first steps into the music world to establish themselves as a singing and dancing hip-hop force.

Created by the same team that brought you “The Palace”, which centred on the girls’ ex studio and dance powerhouse Parris Goebel, new series “Sisters” shines a spotlight on these two young Māori women on their own rise to fame. Commitment, passion and confidence will all be tested on a journey where only the determined will survive.

As no strangers to the world stage, the twins have performed with Jennifer Lopez in both music video and on American Idol, along with an appearance on the USA version of Dancing with the Stars. Most recently they have opened for RnB artist Ciara in Melbourne, and had a starring role in NZ film, Born to Dance.

They’ve more than proven themselves as experts on the dancefloor, but will they have what it takes to conquer the notoriously fickle music industry on their quest to make it to the charts?

The online drop of “Sisters” is coming to you this July on www.maoritelevision.com.

On the Ladder - New Series

Getting whānau on the property ladder. 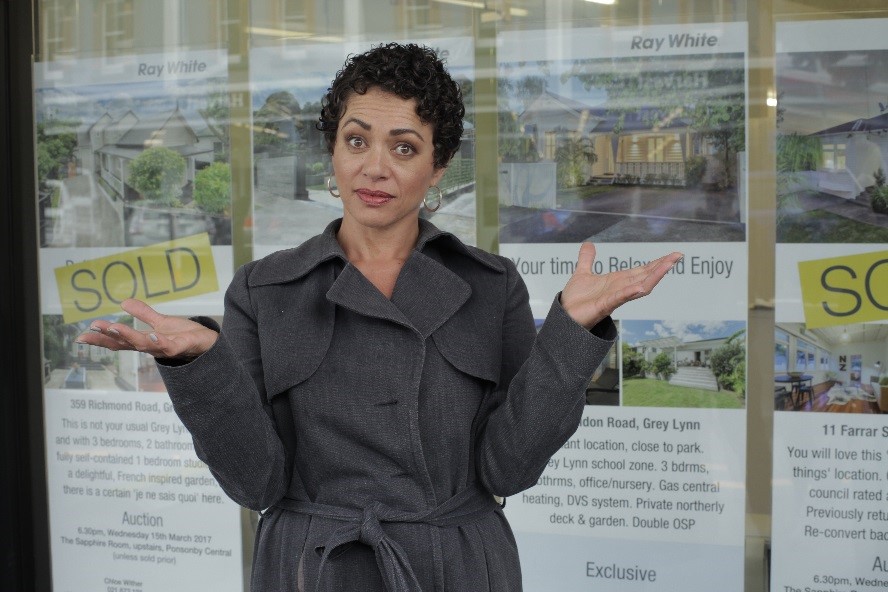 On the Ladder is an authentic new lifestyle-come-property programme that explores the challenges of buying and selling property, complete with a healthy dose of taha Māori.

Dynamic presenter and Financial Adviser Tahei Simpson delivers a series that investigates trends in the housing market, inspirational papakāinga developments and looks at technologies that could revolutionise the concept of affordable housing. Tahei shares many practical hints on minimising household waste, how to get the most out of your garden, tips to keep bills low and how to build a sleep out without needing council consent.

Following hopeful buyers, DIYers and sellers, the series covers stories about home improvements on a budget, alternative energy solutions, the benefits and difficulties of building on whānau land and aspects of sustainable living.

Individual stories are followed along the series. The Prime Family forge new consent and finance processes as they plan the build of their uku whare (earthwall build) that will enable them to live off the grid. Joe and Tarren find themselves in a property investment pitfall and work through a simple reno to make the most of their flip.  Mum and daughter explore the benefits of intergenerational co-ownership and one 5 family group containing 19 people invest in communal living.

On The Ladder is a new and fresh property series from Māori Television that provides whānau with the keys to unlock their future and encourages first steps onto the property market.

We’re Kiwis - we love to have those fits of laughter where your cheeks are aching and your eyes are tearing up! Look no further than Māori Television because we have prepared a line-up that results in some serious laughs as we celebrate unique Kiwi humour with some of our best home grown comedians.

Only in Aotearoa - New Season

Short, sharp, comedy skits told from a distinctly Māori perspective, Only in Aotearoa are real-time conversations between characters that mirror a common experience that affects modern Māori, and deal with it in a funny, feel-good way.

Be warned, these boys are not afraid to test the boundaries of comedy, where they will poke fun at themselves, and just about every other Kiwi imaginable.

More of your favourites will make guest appearances, such as Tammy Davis, Wairangi Koopu and Sonia Gray.

Watch all their antics on Thursday nights. 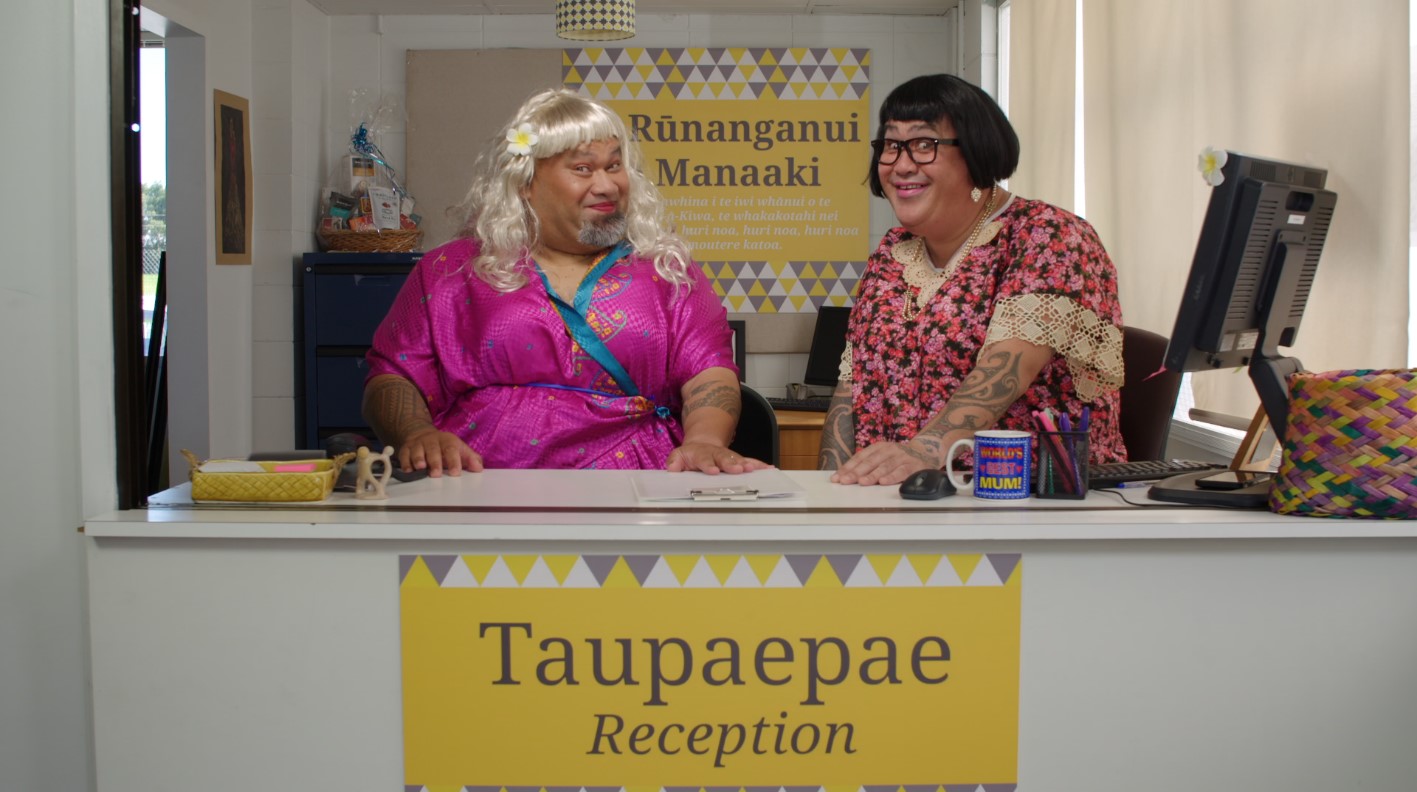 Māori Television are upping the crack-ups in our newest comedy, providing a fresh take on the best of Māori and Pacific humour that won’t be found elsewhere.

Te Hamua Nikora and Tofiga Fepulea’i are the crazy comic duo who mix up all the hilarious, exaggerated scenarios from both Māori and Pacific cultures. They are no strangers to our screens, with Te Hamua a high-profile Māori presenter on shows such as Pūkana, Kai Time on the Road, Homai Te Pakipaki and Sidewalk Karaoke. Tofiga has had viewers in fits of laughter since way back, with his 2003 comedic debut in NZ favourites, The Laughing Samoans.

Finally these two comedy powerhouses join forces to bring you the best entertainment there is. The variety of skits in the show cater to the whole family. There will be no shortage of nosey Kapa Haka Aunties, Uncles that spin way too many stories, boys talking smack, and Mums that need to nag at their lazy kids.

Their collaboration is too good to miss.

Who would ever say no to more kai? Māori Television sure doesn’t with the latest makeover to our kai strip. From shining a spotlight on the most talented local foodies who expertly present Aotearoa on a plate, to exploring some exotic flavours from around the world, we have you covered. 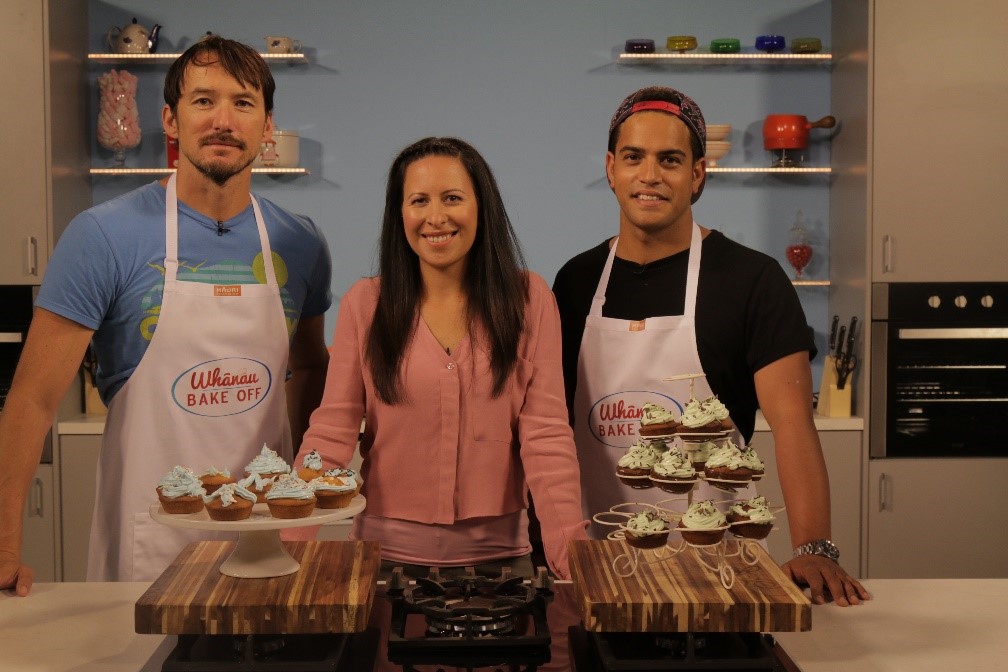 Sweet revenge is on the menu.

Family rivalry has never been so entertaining with Māori Television’s ultimate baking competition returning to your living room. Pitting brother against sister, husband against wife and father against daughter, this show tests the baking skills of some of New Zealand’s familiar faces.

Host Kahurangi Maxwell will again be guiding the contestants in their food-fuelled battle of bragging rights. Expect to see Matariki Whatarau, Cohen Holloway, Luke Bird, Miss Kihi and a selection of Game of Bros boys chuck on that apron.

The pressure is on as they each must present their unique version of some amazing Kiwi favourites. Adding to the heat is a weekly panel of celebrity judges peaking over their shoulder, from the likes of Delaney Mes, Robert Oliver, Natalie Oldfield and Monique Fiso.

Find out who takes the cake every Friday night.

Sachie Nomura, author, TV personality and owner of the largest and most award-winning cooking schools in Australasia, delves into a culinary adventure that celebrates Japanese cuisine. She visits one-of-a-kind restaurants and inspires viewers at home with amazing yet simple to make dishes.

A warm natured, slice of daily life cooking show, where Reikura Kahi and her three tamariki step into the kitchens of other whānau around Aotearoa. With no competitions, no fancy menus and no celebrity chefs, the show strips down to the real importance of preparing kai – bringing the whānau together.

We get crazy in the kitchen of bush cook, Art Napoleon, and classically trained British Chef, Dan Hayes, as the boys take turns on guiding the other on a cultural adventure through the way we access, cook and present food. Every episode features a new ingredient, from moose to beaver and sausages to caviar.