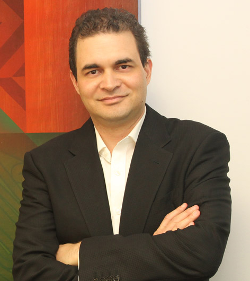 Chartered Accountant and experienced business leader Glenn Hawkins' appointment to the Māori Television Board has been welcomed by Board Chair Hon Georgina te Heuheu QSO.

In acknowledging the announcement by the Minister for Māori Development Hon Te Ururoa Flavell, Mrs te Heuheu says Mr Hawkins' significant governance experience across a range of companies, together with his background in finance and commerce will add welcome capability to the Board.

"Māori Television has a key role to play in promoting and protecting te reo Māori me ngā tikanga (Māori language and culture) and this is best achieved through the transmission of entertaining and engaging content delivered across multiple platforms", she says.

The appointment of Mr Hawkins (Ngāti Whakaue, Ngāti Maniapoto) announced by the Minister for Māori Development, representing Crown interests in the governance of Māori Television, is for a three year period with potential to renew at the end of the term. Mrs te Heuheu (Tūwharetoa, Te Arawa, Ngāti Awa, Tūhoe) has also been reappointed as Chair of the Māori Television Board for a three year term.