The Māori language is the cornerstone of Māori culture

The Māori language is a taonga (treasure) at the very heart of Māori culture and identity and for that reason alone, it must be preserved and fostered. It provides a platform for Māori cultural development and supports a unique New Zealand identity within a global society.

We showcase free-to-air, online and on demand content in a range of formats across multiple platforms with our audience - anywhere, any time and on any device - including:

Māori Television has developed a strategy based on inclusivity; our tagline is ‘mā rātou, mā mātou, mā koutou, mā tātou’ (for them, for us, for you, for everyone). Many of our shows are bilingual, in both Māori and English, the majority is subtitled and there is something for everyone to enjoy. 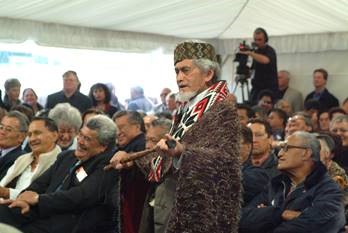 Pull out the centre stalk of the flax bush

And where will the bellbird drink?

Then ask myself, what is the most important thing in the world?

I will say to you

Māori are thriving, which means:

Be professional and maintain high standards

Be truthful, honest and act with integrity

Be respectful and demonstrate empathy